Symptoms of the Common Cold

Symptoms of the common cold can vary depending on the type of virus that has caused it. Cold symptoms may include:

Adults may suffer from two to four colds each year, while children may have between six and eight colds each year. Colds are especially widespread during the winter and rainy seasons with symptoms appearing usually one to three days after exposure.

Causes of the Common Cold

The common cold is caused by a virus that affects the upper respiratory tract, throat and nose. While there are more than 200 viruses that can cause the symptoms of the common cold, the rhinovirus is the most common type of virus that causes most colds. Colds are highly contagious and are often spread when droplets of the fluid containing the virus are transferred by touch or are inhaled.

Treatment of the Common Cold

The infection from the common cold usually lasts for about a week or two. The following treatments will not cure a cold, but may relieve some of the symptoms:

There are no antiviral medications available for treating the common cold. Antibiotics are also not useful for treating a cold, and should only be taken to treat bacterial complications that may arise from a cold.

Prevention of the Common Cold

The following precautions can be taken to prevent catching or transmitting a cold:

While a common cold is not serious, it is unpleasant and can often cause missed days of work or school. Patients should seek medical attention if symptoms such as fever, headache or breathing difficulties worsen and do not get better over time. 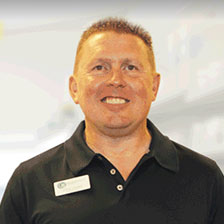